Apps have made life so simpler than before, and you can find apps for everything in the world. Every individual can create their own app with basic programming knowledge. SKETCHWARE offers a user-friendly app creation interface, and you can install the app on the PC to make your own app.

The SKETCHWARE app is unavailable on the Google Play Store, but you can install the app using the Apk file. Download the SKETCHWARE Apk file from a reliable source and visit the BlueStacks official site on the browser. Select Download BlueStacks to get the installer file and double-click on the file to open.

Click Install now to install the BlueStacks on the PC and launch the BlueStacks emulator. Select Sign In and provide the Google account details for sign-in.

Tap the menu in the Installed Apps and choose the Install Apk option. Select the SKETCHWARE apk file to open and install the app on the PC.

How does SKETCHWARE for PC Function?

Launch the SKETCHWARE app on the laptop or desktop and select New Project on the home screen. Enter the Package Name, Project Name, App Name, and choose App Icon. Click Save and select View in the next tab. Choose the Text view, buttons, Image view, Edit Text, List view for the app and arrange them in the required order. Go to Logic and tap every button on the app. Add logic function to it and select Run to check the app’s functioning. Save the settings and provide values to each segment. Click Install to download the app and select Open to launch the app. Use the app to try all the functions.

You can download the SKETCHWARE to your computer with an Android Emulator assistance.

2. How do I use SKETCHWARE app to make an app?

You can use the SKETCHWARE app to create apps with all inbuilt plug-ins and codes for the plug-ins.

SKETCHWARE is a gift for those who want to try out their ideas and convert them into a product. You can share the created project with the source code and test it with the users. If you have any issues with the above steps, please mention them in the comments section below. 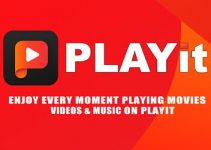 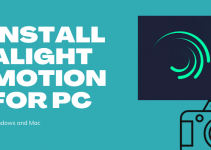